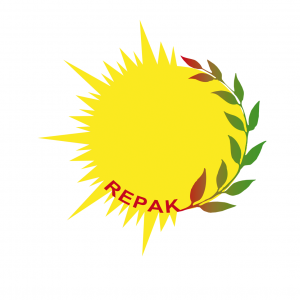 The AKP government-state, which lost its majority at 7 June 2015 general elections due to the success of pro-Kurdish Democratic Party of the People (HDP), is plunging the whole country into misfortune. While dividing all people that live within the borders of the Republic of Turkey in followers and opponents, AKP has declared a total war against all people that do not stand behind. Main target of this total war is the Kurdish political movement as main force for democracy.

After it became totally clear that it is not interested in peace and a political solution for the Kurdish question, in April the AKP government stopped peace talks with the imprisoned leader of the PKK, Abdullah Ocalan. On July 24, by starting to launch intense airstrikes against armed forces of the PKK, it officially ended the ceasefire. AKP, which betrayed the Turkish people’s hope for peace and a political solution, is immolating the life of dozens of people daily.

But the total war strategy of AKP is not limited to this. We are faced with a kind of fascism and oppression that go well beyond the 90’s. Parallel to statements from the most authorized AKP-representatives, like “Those who voted for HDP will pay”, AKP aims to make people kneel down and take revenge. Therefore in towns, where HDP got more than 90% of the votes during elections, like Silvan, Yüksekova, Varto, Silopi and especially Cizre people are under state terrorism regime. Since more than one week, Cizre with its population of 120 thousand people has been under siege. The Turkish state has declared a curfew there and killed at least 21 civilians, including children and women.

This state of emergency was not declared after any clashes between PKK forces and the Turkish army. The state is carrying out a special operation that directly targets civilian life. Snipers are shooting at everything that moves, tanks are shelling houses. People are not even able to bury the dead and try to cool them with ice. The phone and internet connections are offline; there is a serious shortage of food, water and access to basic health services. Families are seeking protection from the state attacks in cellars, where they are faced with hunger and thirst.

On 9 and 10 September, hundreds of people headed by HDP deputies, including 2 ministers, were prevented from going to Cizre by Turkish Special Forces. The Interior Minister declared that they ‘will not allow them to enter the town under no circumstances’. Since Wednesday HDP deputies, representatives of NGO’s and activists are walking dozens of kilometres to reach Cizre.

In Cizre, AKP is committing war crimes and crimes against humanity in the most serious way. Those who keep silent will be part of these crimes, too. As the number of civilian victims is increasing hourly, there is no time to lose. Action is needed now!

– All international authorized and responsible institutions and forces, in particular the United Nations to take diplomatic measures and sanctions for stopping the state terror of Turkey against Kurdish civilians

– The International Criminal Court to start an investigation against the Turkish stat efor violating international law and law of war, consciously targeting civilians and by doing so committing crimes against humanity.

– All national governments and international forces that call the PKK and the Turkish state to return to negotiations, to take constructive and effective role for this objective.