Urgent Call From Women in Turkey – Help Us Prevent Massacre! 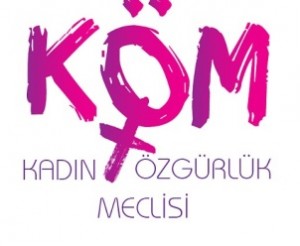 Last week Silopi, a city close to the Iraqi and Syrian borders of Turkey, was placed under siege by the Turkish military. Many civilians were wounded and killed with no accountability whatsoever, neighbourhoods were set on fire by the police and military. A delegation organized by the Women’s Freedom Assembly was on its way to Silopi in order to investigate what happened there last week and stand with the women and peoples of Silopi who are under attack. Upon hearing the troublesome news coming from Silvan – a town in the Diyarbakır province, however, this delegation changed its route,

deciding to go to Silvan instead, and to stay in Silvan if necessary. This decision was made because we have seen what happens when entry into a town is forbidden by the military. We witnessed the results of this kind of isolation in Silopi last week, in Varto on Sunday, and today the same is happening in Silvan. Whenever towns are closed down, the Kurdish people living there are left face to face with the threat of massacre. The 15-person delegation of the Women’s Freedom Assembly is in Silvan today in order to prevent this from happening again. This delegation includes activists from various parts of the women’s movement, journalists and members of parliament.

According to the information we receive from our friends, the town is completely shut off. Nobody is allowed to enter or exit. Internet and phone lines are cut off. It is impossible to communicate. There are people gathering at the entrance of Silvan in hopes to prevent a massacre from taking place in secret, but these people are not being allowed in. Members of parliament from the HDP (Peoples‘ Democratic Party) were also initially denied entry, but after negotiations conducted by MP İdris Baluken they were finally let in.

These MPs entered the town in order to survey and monitor the events as well as look for solutions to alleviate the situation people are in, while heavy clashes continue in three separate neighbourhoods. However, it has become impossible to hear from these members of parliament for the past couple of hours as well, since phone lines are down. A barrage of all kinds of explosions and gun-fire are heard coming from the town center. It is said that there is intense military build-up taking place in Silvan, as many tanks, various forms of armoured cars, military vehicles, and special operations units are being dispatched to the area.

The sub-governor of the district and the governor of Diyarbakır have been contacted by members of parliament. The response has been that these operations are being directed by Ankara itself. The governor said that this issue is therefore above them, and that any intervention must be made directly through Ankara. A group of MPs are now carrying out the necessary communications in Ankara.

We call all women to raise their voices against this massacre attempt, in the most urgent manner possible! Kadın Özgürlük Meclisi