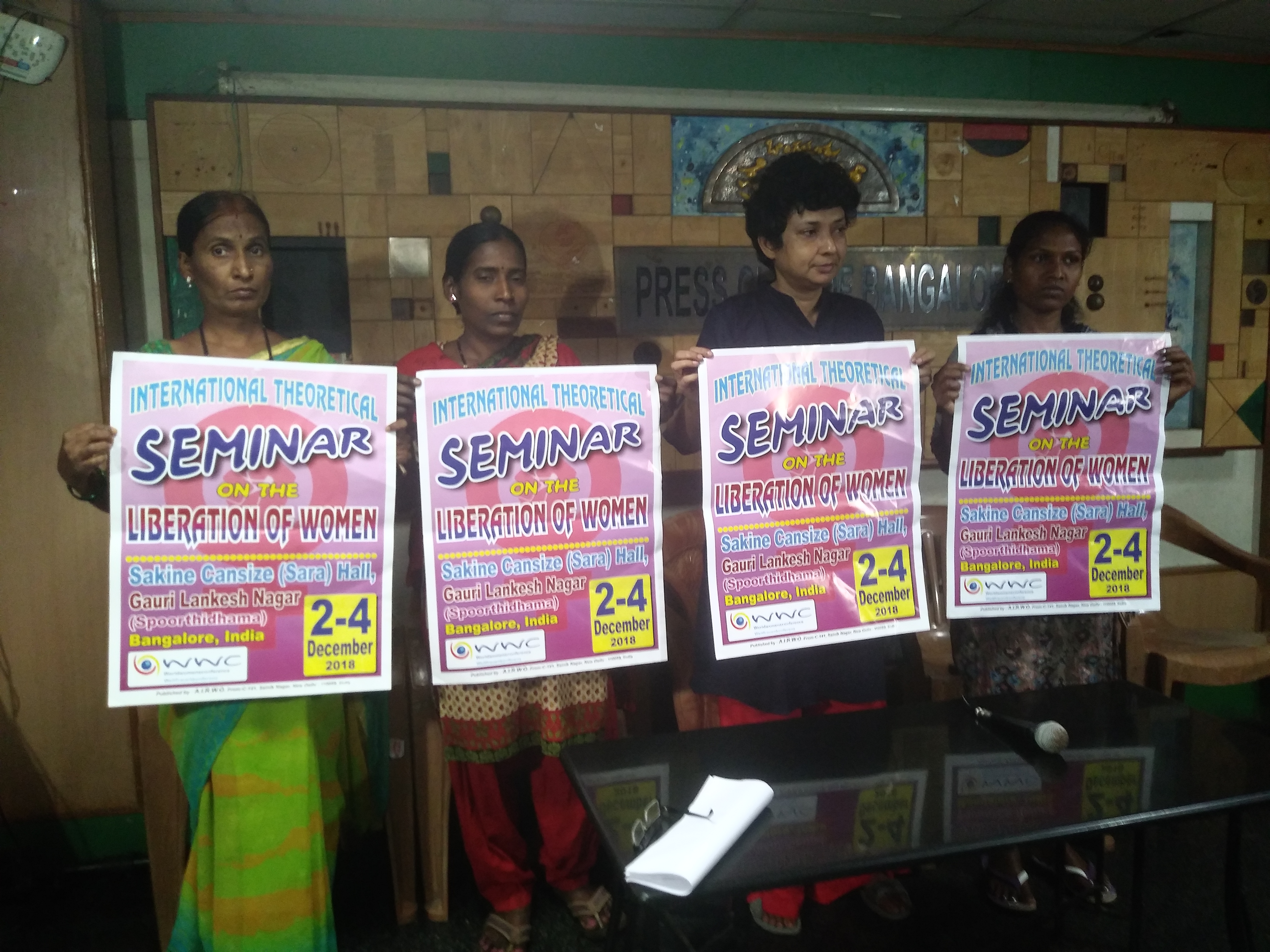 The three-day international seminar will have participants from countries of Asia, West Asia, Africa, Europe and Latin America. There will also be around 200 participants from around 15 states of India. Women from across the world will speak and interact on the problems confronting women’s liberation, possible strategies to overcome the same and efforts to build a just and egalitarian society. The emphasis of the seminar will be on exchange and interaction rather than one-way deliberations.
The seminar venue — Sakine Cansiz (Sara) Hall, Gauri Lankesh Nagar — has been named after two remarkable woman martyrs, Gauri Lankesh of India and Sakine Cansiz of the Kurdistan women’s movement. Both of them have laid down their lives fighting against inequality and oppression.
The year 2018 has seen India ranked the most unsafe place in the world for women by a Thomson Reuters Foundation survey, while the World Health Organisation has declared that the scale of violence against women worldwide is now a „global health problem of epidemic proportions.“ There is not a single country in the world, no matter how developed, where women are not discriminated against or where there is equality between women and men. Subjugation of women, violence against women and denial of equal rights to them, are clearly global phenomena, deeply rooted in the global politico-economic system, and thus calling for a global response.
The International Theoretical Seminar on the Liberation of Women is a modest but organised attempt to arrive at a deeper theoretical understanding of the women’s question with a view to winning the war against inequality, injustice and exploitation.
Sharmistha Choudhury
(General Secretary, AIRWO)
Theoretical Seminar: Press Statement: AIRWO Hosts International Theoretical Seminar on the Liberation of Women in Bengaluru