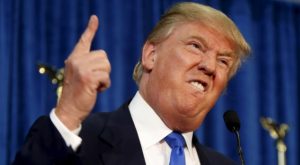 The first meeting of the World coordinators for 3th World Women’s Conference has registered that Donald Trump has been elected as the 45th President of the USA. Trump is the representative of the imperialist superpower USA. He stand for its extreme anti-women, racist, fascistic and aggressive wing. One reason for his election is the fact that the candidates were like  pest and cholera and Trump pretended the be the outsider outlawed by establishment and Hilary Clinton was no alternative for the women.

With his racist, mysoginistic and sexist statements Trump has declared war on working class, and particularly on women. We world women  accept the gauntlet and declare: