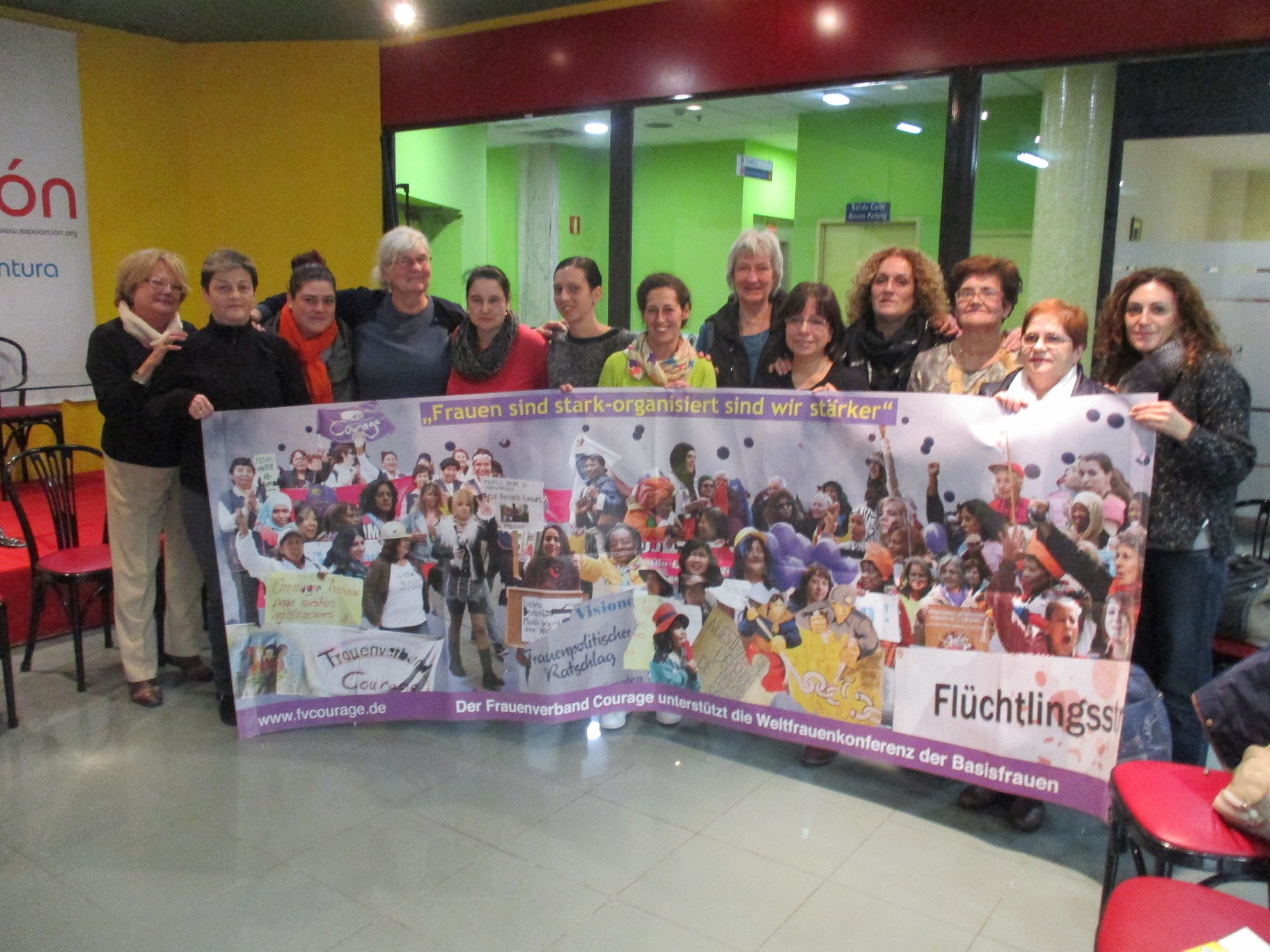 We want a social order in which women are truly liberated!

106 years have passed since the German socialist Clara Zetkin proclaimed the International Women‘s Day at the II. International Conference of Socialist Women! Peace, in the face of the imminent imperialist World War I, jobs, and women‘s suffrage were central demands back then. It has been 100 years since the victorious October Revolution in Russia took place which brought about groundbreaking achievements for the liberation of women in socialism.

For 10 years we have been building a democratic movement for the preparation of World Women‘s Conferences which stands above party lines and which is financially independent!

Two successful World Women‘s Conferences, which were organised independently by the grass-roots women, resulted from this.  „Young World Women“ were born and have become involved actively: „No more violence – no more low pay – no more sexism – stop at the red line“ is their slogan. In only 10 years a World Women‘s Movement came into being which took roots in grass-roots movements and organisations in all continents. This transnational coordination and cooperation is farsighted and seminal. All over the world, women face great challenges. The mass of women carry the greatest burden because they have to go through their living conditions under the most difficult circumstances. World Women in Europe report how austerity programmes brought families poverty, hunger and hardship. There is no or only insufficient medical service – pregnant women are forced to deliver on tables and sick people are brought to the hospital by tractors. Women are increasingly exposed to sexual violence. Women belonging to minorities, such as Sinti and Romanies, are regarded as „fair game“ by their employers and the police. Sexism subordinates women and treats them as commodities, sex objects. In all  European countries, women earn less than men. Concerning vocation and career, they are discriminated against everywhere. When they become old, they live in poverty! The mass of women is doubly exploited and oppressed! It is the role in the family allocated to the woman by society which is responsible for this. More and more women  are getting into conflict with this. The militant women‘s movement in Europe demonstrates its force! Women are active in resistance commitees against the company VW and its criminal manipulation of gas emmissions. In the struggle for tariffs, employees of the health- and special-care services demand more personell or „Strike on the International Women‘s Day!“ This demand comes from Italy and the United States of America. Miner‘s Women were part of the 2nd International Miner‘s Conference in India. In Diyarbakir/Kurdistan, the Kurdish women‘s movement carried out an extraordinary congress for their struggle for freedom and democracy in the middle of a fascist dictatorship. Resistance is forming,  mass demonstrations and the occupation of parlaments etc. take place in Poland, Romania, Spain, France, the Netherlands and many more, against right-wing politics and governments. Worldwide, over 60 million people are refugees. Women and children are especially exposed to violence, arbitrariness and abuse. The war in Syria has created a humanitarian catastrophe of an unimaginable dimension. The World Women‘s Europe Conference in November 2016 took a stand: „We World Women of Europe oblige ourselves…to bond tightly with refugees in our countries,…and to support their demands to right of residence, legal papers, existencial help and the reunification of families. Together, we want to fight for our rights and our dignity!“

It is necessary to build a new and independent World Peace Movement in order to combat the roots of imperialist wars. This World Peace Movement rejects to be in the pocket of any imperialist country of the world. Here, women must stride forwards constructively. The Europe of those in power is built on sand! The World Women‘s Movement is a movement of the future! Strengthen the militant women‘s movement in your country! Campaign with us for a future without expolitation and oppression and in which humans live in harmony with nature! Let us discuss and exchange our views about alternatives to this system based on profit!

„Women of the world will climb the highest mountains! We will build a society in which women are not discriminated, exploited and oppressed!“ (Resolution of Kathmandu – 2nd World Women‘s Conference of grass-roots women 2016)

170214 Call for International Women’s Day us